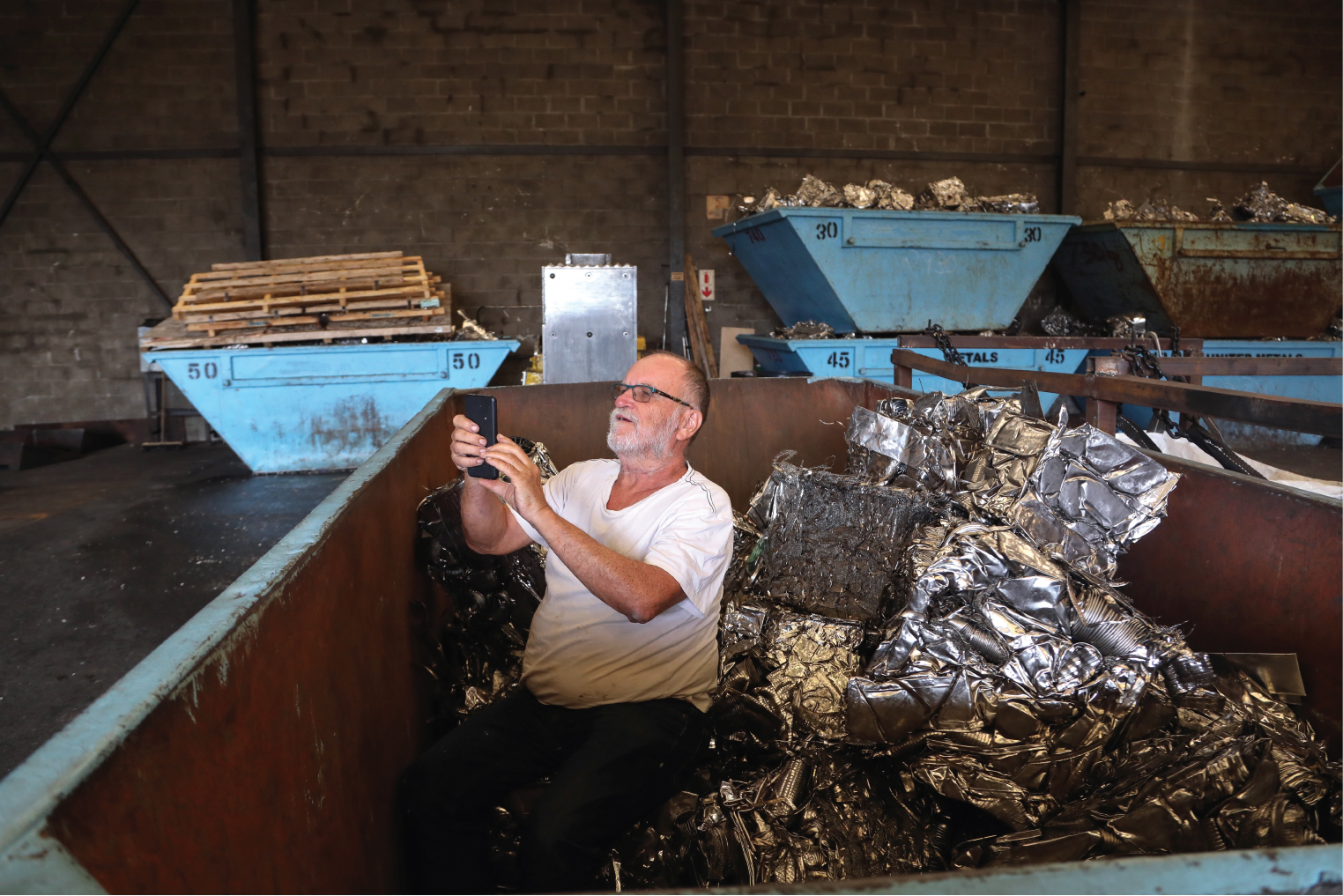 We’re accustomed to finding skips loaded with broken furniture and garden waste, but what about artwork worth £100 million or a rare, 80 year old motorcycle? Believe it or not, these are just two of many jaw-dropping items that have been found nestling inside everyday skips. Today, we’ve put together our definitive list of the oddest, strangest and most bizarre items ever found inside a skip.

First World War memorabilia can be found displayed in museums up and down the world, but the last place you’d expect to find precious historical items, no less the heart-wrenching letters between a soldier and his wife, is disposed of in a skip.

That’s exactly what happened in Hartlepool when an unsuspecting skip diver found the letters of soldier Willie Griffiths. Writing candidly to his wife back home, the soldier — from Sunderland — remarked “There is such a lot to see and learn here. But to think it is just to try and kill somebody, it sounds like murder.”

It is hard to decide which is more bewildering: that a hooded burglar managed to enter Paris’ Musée d’Art Moderne in the middle of the day empty handed and leave with five priceless paintings belonging to the likes of Picasso and Matisse, or that said paintings were discovered not long after to have been disposed of in a skip.

It appeared the man, fearing getting caught, decided it would be better to destroy the evidence of his thievery. Unfortunately, the artwork was crushed by a rubbish truck but the man, along with two accomplices, were eventually caught and brought to justice.

It may not be so odd to find small parts of an old, disused caravan amongst the waste in a roadside skip, but how about the entire vehicle? A 1.3 tonne caravan, fully in tact, was found perched precariously on top of a small metal skip.

The customer had asked for a list of banned items for the skip — which didn’t explicitly include a caravan — and so decided to use it to dispose of his mobile holiday home, much to the amusement of the waste collector. Upon arrival, waste collection Tyrone fell down in hysterics as he struggled to believe what he was seeing. The customer was eventually told that the company would be unable to remove the caravan as was, but they kindly returned some time later to lug the skip away — this time with the caravan broken down into small parts.

Finding a motorbike in a skip is one thing, but this was no ordinary motorbike. The 1939 Vincent HRD Series-A Rapide is extremely rare, having been one of only 65 of the machines made shortly before WWII started back in 1939.

The disposal was due to an administrative error of which the owner was not pleased. The motorbike was retrieved, however, and eventually restored before being put to auction.

Woodford Recycling provide skip hire and various other waste management services to customers throughout Cambridge, Peterborough and Huntingdon. We’re dedicated to recycling as much as we can. We currently recycle over 85% of your waste and are aiming towards achieving zero to landfill. We’ve recently acquired a state-of-the-art recycling facility that intelligently retrieves and recycles waste, helping us towards this goal. If you’d like to use any of our extensive services, you can contact us online or give our friendly team a call.